During the Christmas break, my son, Sam, found a unicycle for $15 at a thrift store. He hollered, “Mom! Look!” Then he ran to see if his older brothers wanted to pool their money with him to buy it. But he struck out. Neither of them were interested.

Sam still wanted the unicycle though. He carried it around the store saying, “Should I buy it? I don’t know if I should buy it.”
He wondered if he could learn how. And what if he didn’t? Would it be a big ol’ waste of money? He didn’t have a clue where to even begin. How do you even start to learn how to ride a such a vehicle?
I think Sam would’ve talked himself right out of buying that unicycle. Luckily, I was there to give him a bit of encouragement.
It sounded something like, “You can do it. We’ll watch some YouTube videos.”
After all, you can learn anything from YouTube, right? I mean, if I could learn the right way to tie my shoes, then surely we could find videos about riding a unicycle.
That did it. It was just enough to bolster his confidence.
YES! He could do it. Why not? So, he bought it.
As soon as we walked through the doors of our home, he asked me to find a video to watch. I found this super nifty one made by Coach Bob.
Doesn’t that make you want to run out and get your own unicycle?
Sam immediately went to a wall, leaned against it, and attempted to push off and stay upright on his unicycle.
He didn’t.
But he tried again.
And again.
And again.
He started to stay upright…for a few inches. And then a few feet. But then he found he was messing up in the same way. He wasn’t progressing. He could only stay on for a few feet before losing his balance and toppling over. 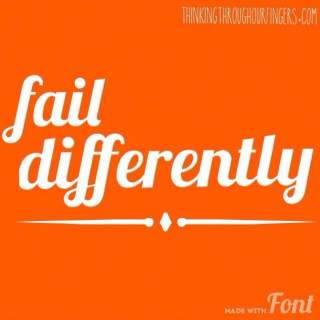 “Fail differently!” I told him reminding him of Coach Bob’s final tip.
Oh, man. I love that! Fail differently. Sam needed to try something else. He kept doing the same thing, moving his body in the same way, hoping for different results, and then losing his balance.
He needed to lean farther forward or backward. He needed to find the sweet spot that kept his center of gravity balanced on his precarious one-wheeled mode of transportation. And if he kept trying the same thing over and over again, he wouldn’t be able to do it. He had to try something else, even though there was a pretty good chance he’d probably lose his balance by doing that, too.
He HAD to fail differently in order to succeed.
Wow. I’ll tell you what. It’s like that metaphor became a sentient being and decided to wallop me upside my head. The lesson couldn’t be clearer.
I’ve been failing to meet my personal writing goals for years. And always in the same way. I don’t make the time to work on my craft that I need to in order to find my own balance, to become the writer I want to be.

Instead, I lean forward in the same way over and over, squeezing writing here and there, only finding time to drip tiny drops of work into the cracks of my days, imagining there will always be more time in the future. Or waiting for inspiration, for new ideas, for the solution to a problem before getting to work. I don’t make writing a priority in my life. And you know why?
Fear. Yep. Good old fashioned fear. I’m just like Sam when he was afraid he couldn’t really learn how to ride the unicycle. I’ve been wandering around the shop, wondering if it’s something I can really do, and worrying it’s not. I’m afraid I won’t actually learn how to be the writer I want to be. So, instead of just going for it and trying, putting everything I have into it, I hang back. I wait. I  imagine things will get easier. That the right idea will come. That I’ll simply wake up one day and be a brilliant writer? (Ha!)
It’s hard to waste time or money on something you might fail at. But Marina Abramovic, the brilliant performance artist said, “I think failure is important because if you go, if you experiment, you can fail. If you don’t go into that area and you don’t fail, you are actually repeating yourself over and over again.” 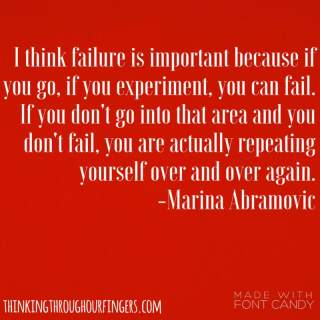 I’ve been repeating myself for years. Repeating the same failure.

So, now I need to fail differently. I need to write. Every day. Just show up for it like a job. Because I’d much rather fail by writing and getting things wrong, whole scenes or characters or stories and learn from those failures than fail by simply not writing.
And maybe, just maybe, I’ll eventually end up as cool as my Sam. 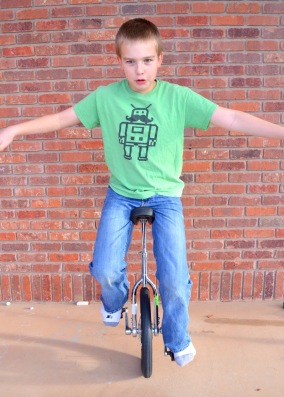 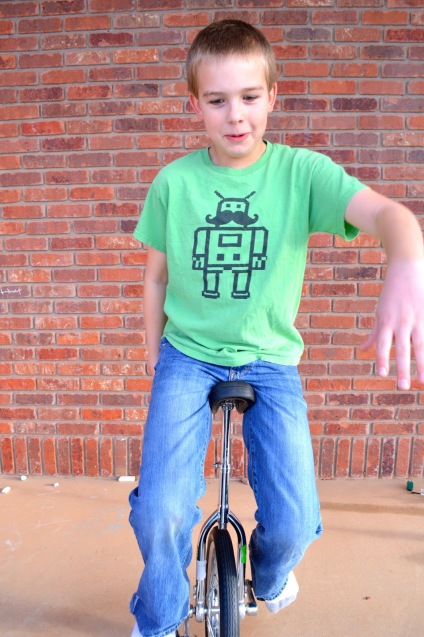 How can you fail differently?