Welcome to the fourth installment of my series on workflow. In previous posts I discussed the tools that work best for me, my general workflow, how I capture and process ideas, and how I draft. This time, I will share some thoughts on revision, how I stay organized, and the tools I use to transition from the solitary activity of having ideas and drafting them, to the teamwork good revision takes. I also have a surprising revelation about Word, a tool I have had trouble with in the past.

Writing is Rewriting (or it is?)

I did it, people! The book I’ve wanted to write for YEARS is officially DRAFTED! Revision & a lot of work is still ahead, but HOORAY!!!!

It’s the oldest of the old bromides that revision is the at the heart of writing. Interestingly enough, Hannah Sullivan, author of “The Work of Revision” argues that revision, where a work is massively and deeply reshaped is a recent innovation, largely absent from authors’ workflows prior to the 20th century. Sullivan argues that the typewriter was the catalyst for this change. A lot of what I’m trying to say in these posts on workflow have to do with a similar argument, that the materials and tools of the work (Sullivan calls this “literary technology”) have a profound effect on the product of our work.

If you’re interested in a deeper dive into this topic, I’d recommend the following.

I’m coming off a ten-month revision odyssey, working with an agent to prep a manuscript. This process has been transformative, but I think entirely impossible to accomplish even a few years ago.

As I have mentioned, I compose at the keyboard, in plain text, using Markdown to format documents. This allows me to keep my files in the cloud and make them available on a multitude of devices. At some point, though, all this digital work is too airy and diffused. I need to get it on paper, so I can carve into with a pen. I don’t need a paper stage because of nostalgia, I need paper because it slows me down, allowing me to think and act more deliberately.

Once I have something drafted, I print it out on paper, in Courier. I really do. Printing something in a nice font creates the illusion that the work is more finished than it is. My first major in college was graphic design and illustration, so I don’t come to the choice of courier lightly. I love nice fonts. I’ve even purchased Matthew Butterick’s amazing Equity font, and amazing alternative to Times New Roman. In fact, I want to be Matthew Butterick when I grow up. Check out his work here. The point of Courier is that it sends me a very important typographical message about how far along my work is not. Courier gives me permission to tear into things.

I take these printouts, and have them bound so I can take them with me. Sometimes, when I’m real serious, I print on legal paper leaving extra space at the bottom for notes.

Once I’ve retyped in my manual changes (often I just retype the whole thing. It’s faster, and it saves my mouse hand, I export the manuscript out of Ulysses as a .docx file and upload it to Google Drive. At this point, I’m done with the plain text/Markdown stage of things. If I knew all the other people I will be working with were comfortable and adept with those tools, I’d keep to this plain text way of working. But I can’t and shouldn’t expect others to bend to my workflow. I need to be empathetic to theirs.

I have two brilliant former students who read for me. The first is a beta reader, who helps me with plot, tone, continuity, images, and he catches a lot of my stupid errors. He’s a writer himself, with a master’s degree and good sense of what works and what doesn’t. The other is a professional proofreader with an amazing eye for detail. She is remarkable well read, has a deep sense of language, and she helps me fix everything. If you’re interested in contacting this proofreader, I’d be happy to help. Leave a comment on this post.

I pay these (with PayPal, I might add), which makes the transactions really easy. Publishing is a professional endeavor after all, and professionals should be paid. If I go into my argument for paying readers now, it’ll take this post of task, but I think it’s very important, and it’s more than a gesture.

These readers really get to see how the sausage is made. I would be lying if I said it was easy to share raw work with my former students, but these two are amazing. I am at a point where I can’t do the work with out them. The fantasy is that writers labor alone, I have found it’s quite the opposite. 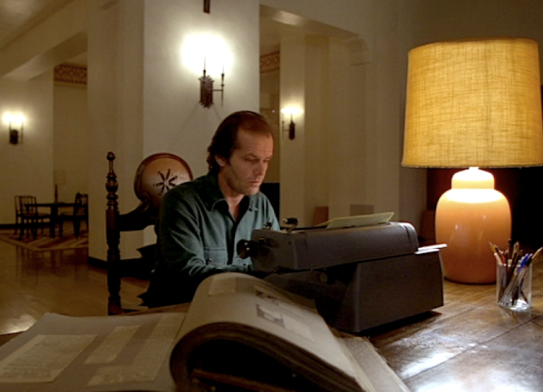 With the document in Google Drive, my readers give feedback right in the Drive application. One of the readers, does much of the work on a phone or iPad. The other works from a computer. They both use the “Suggesting” mode in Google Docs instead of the “Editing” mode, which allows us to have a conversation about the document.

One of my Beta Readers lives in Japan and the other is in Kentucky. This method of working has helped me think about what it means to manage the demands of working across time zones.

Office 365 is the big surprise of the year

Once the revisions are through, I have an updated document in the cloud, which helps me with my ongoing concerns about backups. I like that I can get these documents, with its entire history of changes, from any internet-connected device. I like that I can download them in a variety of formats.

As much as I don’t like using Word, that’s the industry standard, and I’m going to change that, as much as I’d like to. In the past, using Word in my Apple workflow has been a night mare. Manuscript-length works took forever to load; the app was sluggish and would crash often.

Because I am working a lot with Word documents lately, I looked at the Office 365 version of Word for Mac and iOS, and I am happy to report that is really good. In fact, on iOS (phone and iPad) it’s delightful. The more I use it, the more I like it.

In my next, and final installment of this series, I’ll talk about document formatting in Markdown and in Word. I’m planning to nerd out about fonts, typography, white space, and the like. There are some standard practices for this, and there are some ways to do better than the defaults.

Todd Robert Petersen is the author of LONG AFTER DARK  and RIFT. Originally a YMCA camp counselor from Portland, Oregon, Todd now directs Southern Utah University’s project-based learning program. You can find him online at toddpetersen.org and @toddpetersen for tweets and Instagrams.

One thought on “Revision”