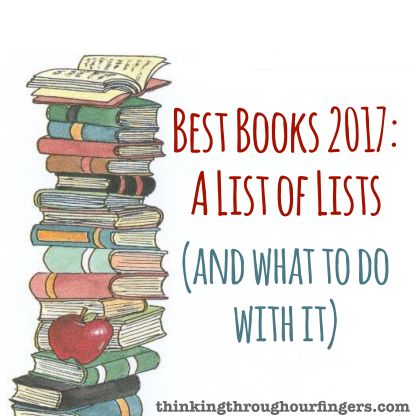 It’s that time of year when everyone seems to weigh in with a list of Best Books of the Year–from libraries and magazines to authors and bloggers, including our own Rosalyn Eves and Amanda Rawson Hill. I’ll admit, I’d planned to post my own list today, and it included Long Way Down, The 57 Bus, Orphan Island, and Clayton Byrd Goes Underground.

I love poring over the lists: seeing if my favorites made the cut, adding to my already-overwhelming TBR pile. Since my first book came out, I’ll admit there’s sometimes a tiny hope that my own book will have been found list-worthy. But as I talked with a friend about what I might like to write next, she suggested something I’d never considered:

“Have you studied the lists?”

Her assertion was that there’s a lot to be learned from the lists, both for the sake of our art and the necessary commerce that accompanies it–because books that make the lists are often successful in both regards. Of course, we seek to be original, we long to tell our stories. But we can find inspiration, instruction on craft, and a sense of the marketplace by looking at books on the lists that have been successful in all these areas.

So, without further ado, I give you a list of lists so you can find new books to read and love and recommend, but also with the hope that you’ll study and learn from it (as I plan to!) as an early step toward creating something that’s wonderfully, uniquely you.

What lists did I miss? Feel free to link in the comments! 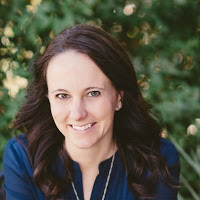 Elaine Vickers is the author of Like Magic and Paper Chains (HarperCollins). She loves writing middle grade and chapter books when she’s not teaching college chemistry or hanging out with her fabulous family. You can find her at elainevickers.com on the web, @ElaineBVickers on Twitter, Instagram, and Pinterest, or generally anywhere there are books and/or food for her consumption.