I recently attended a class by Sarah M. Eden because I’ve taken courses from her before and she’s a brilliant teacher. I went in knowing I’d learn something, but I didn’t have super high hopes as she was teaching about the plot structures of romance novels, and while mine have subplots that are romantic, I knew I wasn’t completely the target student for the course.

Sarah was teaching about how to merge a popular plotting strategy (originally presented by Dan Wells) into a romantic genre. Because of the character driven nature of what Sarah writes, I was curious to see how she’d merge the strategy into romance. She details it brilliantly here (and is sharing everything about the presentation for free!).

The tricky thing is the story I’m working on now isn’t romantic – I’m not even sure yet if there is a romantic plot line. But as I was working through the worksheet (again, free at Sarah’s site), it hit me:

I WAS writing a romance.

Each plot point that Sarah described, each conflict she mentioned as essential fit with the story I am outlining — a story between sisters.

Now, this isn’t some weird incestuous book. It is, however, a story about two girls who drifted apart as they were growing up and have something that brings them back together. They do have to decide if they want to work through what life will throw at them alone or together. They do have setbacks and uniting experiences, the markers that make chick flicks so popular, the things that have been markers of some of the best stories the world has known.

If you have had the opportunity to be anything but an only child, chances are decent that you are already familiar with some of these elements, but I’d like to hit on a three key points.

Whether you are sharing a story about siblings from one or multiple points of view, it is essential that the reader has the opportunity to really understand who the characters are at the beginning: what were they like as children, how was their nurturing experience similar or different, both at home and in social settings. Do they consider themselves a replica of an older sibling, the person who is supposed to be the example to the younger, etc. As a former high school teacher, I understand the real struggle of trying to not call the second or third child in a family by the oldest child’s name, and how easy it is to assume that because one or two children from the same family were one way, they must all be.

Where the midpoint for a romantic couple has them deciding whether or not to be in each others lives, working through feelings they may have, not want to have, wish they had differently, etc., sibling relationships are unique in that they can’t separate, not all the way, not really, and not with a total resolution. And if they are a truly developed character, they also can’t go back to things as they had been “when they were kids”. Generally speaking, in a sibling driven story, the midpoint is where each siblings starts to understand how the other experienced things growing up, how the siblings were each changed because of the role the other had in his/her life.

The expected resolution for a romance is happily ever after (word on the street is that if you don’t do that, readers will come for you like Gaston went after Beast). Because of the emotional situations surrounding sibling relationships and the complications they can contain, the goal tends to be satisfactorally ever after. Yes, there are those who would like the siblings to be BFFs who share secrets and ice cream forever and ever, but realistically, that may not be true to the story. But I’d like to think that most of us, having taken a journey with some people with as much connectivity as siblings can have would prefer to see something where both people end up happy, even if that happiness doesn’t evoke the same kind of feeling as wedding bells in a romance.

In the end, I learned several things from attending that one class:

Do you have a favorite sibling story that could be characterized by a romantic plot line? Have you ever made an unexpected discovery while taking a writing class? 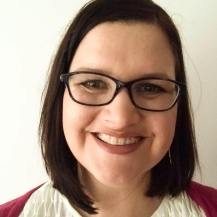 Tasha Seegmiller is a mom to three kids and coordinator of the project-based learning center (EDGE) at Southern Utah University. She writes contemporary women’s fiction with a hint of magic, and thrives on Diet Coke, chocolate and cinnamon bears. She is a co-founder and the managing editor for the Thinking Through Our Fingers blog as well as a board member for the Women’s Fiction Writers Association. Tasha is represented by Annelise Robey of the Jane Rotrosen Agency.