We all have those elements we’d consider our writing strengths, whether it be writing dialogue, world-building, description, emotion, and so on. It’s always a rush to capitalize on these things and write a great bit of dialogue or to have a scene come together so readers can get a true sense of that world you’ve created. But I think it feels even better to tackle the things we consider our weaknesses.

An analogy: My favorite professor from college was my first biology professor. While he was a proficient instructor, what I remember most was about him was that he was an outstanding performer. He was engaging and enthusiastic, sometimes he dressed up like pivotal scientists from history, and once he even taught and led us in a song. (Over twenty years later, and I still remember that this song was about the evolution of Amphioxus.) Imagine my surprise when my professor admitted to me that his biggest weakness was stage fright. I was floored to hear that he, the most engaging presenter I’d ever seen, had to rehearse every single lecture prior to walking into that lecture hall or he’d suffer from stage fright. He could have hid behind his lecture notes or whatever the equivalent of PowerPoint slides were back then (they were called overheads). But no, he battled his stage fright by rehearsing and then doing multiple stage performances Every. Single. Day.
This professor was not only my ultimate inspiration for wanting to be a biology educator, but his lessons now also extend to other aspects of my life. For instance, his attitude serves to remind me daily about how to view the challenges of writing. Not the song and dance bit (because that would be weird), but in how we constantly need to work on the things we consider our weaknesses. Tackling our own sources of stage fright, if you will.

With every manuscript I write, I’ve identified specific challenges. The challenge with my first manuscript was just to finish the darned thing (ha!), but then it was to go back through and make sure my character had a strong and unique voice. With the second one, I wanted to focus on becoming better at world-building and writing from a dual POV. With my current contemporary story, my biggest challenge coincides with the thing I struggle with most: writing emotion. I want to to move past description of how events affect my characters and evoke real emotion in my readers.
Hooray, a new challenge! But oh, man. A new challenge. How do we tackle these writing challenges and get our WIPs ready to step onto center stage? You’re probably doing a lot of these things already, but here are just a few important reminders:
Selective revisions and layering.

When I’m drafting, I leave placeholders or specific notes for myself in areas like, “Include more emotion here” or general comments like, “Yuck. Fix this later with something way more awesome than this.” I find that if I dwell too much on those weak parts for too long during the drafting process, I lose the steady footing that I gained from my strong scenes and have trouble moving forward. You can always go back later and fortify the areas that are weak by selectively revising or layering in those things. For me, selectively revising means combing back through my WIP three or four times and strengthening those specific moments that need more emotion.

Constructive criticism is a gift.
You might not even know what areas are weak until somebody looks at a draft and points them out, so listen to constructive criticism. (With my current WIP, my critique partners give me comments like, “We want to get more into his head right here.”) The word “criticism” evokes defensive feelings in a lot of people, but that’s because this word has two meanings. One does has a negative connotation that centers around disapproval, but the other meaning is much more balanced. Ideally, constructive criticism will hit on both the strengths and weaknesses of your work. Ultimately it’s up to you as to what you want to do with feedback, and you’ll also have to consider the source of criticism when you seek out or receive feedback. Your critique group, other trusted writers familiar with your genre, or other avid readers who are experienced with your genre will give more useful feedback than a random person off the street who states his/her opinion, for instance. If your trusted sources hit on the same thing they think could be improved, don’t ignore it. Regardless of if it’s positive or negative, view each tidbit of feedback from your trusted sources as a gift. You can either use it or stick it on a shelf somewhere, but you should look at it before deciding which.

Read, read, and read some more.

A bookseller once told me that the books that I purchase are tax-deductible just like when you might have to buy textbooks for a class, and this was the greatest news ever! Read. Read a lot, whether it be craft books for inspiration or technique or books in the genre you’re writing. Some writers say they cannot read books in the genre they’re currently writing because it affects their own story too much. However, other writers I know deliberately read in their genre to submerge themselves in the mood or style they desire for their own writing. Because my current challenge is writing emotion, I’m looking for the books in my genre that give me SO MANY FEELS. When I read a book that leaves me feeling flat, I know what not to do. If I’m buying more tissues during this process, it’s all in the name of research. 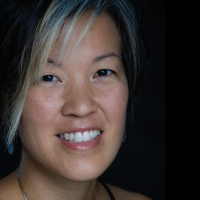 Helen Boswell loved to get lost in the pages of a story from the time she could sound out the words. She credits her dad, an avid fiction reader, with encouraging her to read ALL OF THE BOOKS on his shelves from the time she was a teenager. An author of both urban fantasy and contemporary romance, she loves to read and write characters that come to life with their beauty, flaws, and all. She is the author of YA urban fantasies MYTHOLOGY, THE WICKED, THE ETERNAL, and NA contemporary romance LOSING ENOUGH. You can find out more about her at www.helenboswell.com.