I’m notorious for slow sprints… running and writing 😉 But recently I’ve learned—well, have been forced to learn—how to up my pace in my writing sprints. Thank you, Nano! 😉

I was at a pretty steady pace of 1000 words an hour, which is nothing to frown at, but I had no idea I could get better. Now I’m doubling that number, and here’s a few tips on how I did it.

Write straight through. No toggling between tabs—in fact, keep open only the manuscript. I even shut down my “research” while I draft, and use all caps or weird combinations of letters to search for later. Before, it would take me two or three sprints to reach the flow. (The flow is that zone every writer can find themselves in where the story takes them away, and the world around them becomes the book their writing.)

Now that flow is found within minutes 😉

Before you sit down with your keyboard, sit down with a pen and paper. Write absolute nonsense about what you want to happen within the upcoming chapter. I know you pantsers are screaming at me right now 😉 but trust me, this allows your muse to keep talking at the end of each paragraph. There will be no awkward pauses in thought, and you might find yourself writing something unexpected.

Instead of going until a certain time, write until you’re done. This also helps during revisions so nothing feels disconnected. If you don’t have chapters during your drafts, write the scene in its entirety. Take a five/ten minute break, then write the next one. Sometimes you’ll be done within the hour, sometimes less, sometimes more. But you’ll feel ten times better knowing that you didn’t drop off in the middle of a scene or chapter.

Set aside the time

We all have lives outside of writing, believe me, I know. This next one may take some trial and error, but find the time of day when you won’t be interrupted. Like for me, right now, it’s a bad time because the husband and children have all come in at least five times to ask me where something is or to wipe their butt 😉 (Not the hubby on that one!) But I find my zone at certain times on certain days, which took some figuring out.

For example, Mondays I know I have from 10-11 to write in the morning, and then from 8-10:30 that night. Tuesdays I have 10-11 in the morning and that’s it. Wednesdays and Thursdays from 8-bedtime, and Fri-Sun forget about it!

Because I know that time is precious I make the most of it.

I promise this works if you follow it. I’m able to write 1500-2500 words in an hour-long sprint when I’m this focused and when I take the five minutes beforehand to prepare. Which means writing 50K in a month not only seemed possible, it seemed inevitable 😀

Good luck out there! 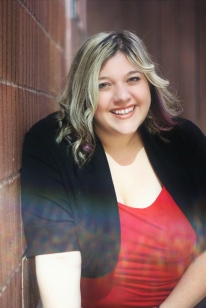