When I first launched into the world of twitter, I was overwhelmed.  There were @ people and # signs and web addresses with frogs in them showing up all over the place and I had no idea what to do. 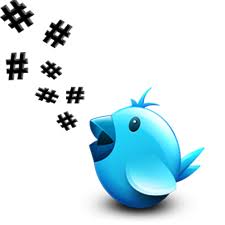 As I started to learn more about twitter though, I realized there were a great many things that it could do that no other social media could and I began to appreciate it and then even really enjoy it.   I’m hoping a few of these tips will make it a little more accessible for you as well.

@ person’s name means you are talking directly to that person. This is a great feature because you can have quick conversations and get notified whenever someone @’s you.

# separates anything with the words that follows into a specific category.  For instance, when I was participating in an event last month, I could just #gutgaa and see what everyone was saying about that blogfest without having to scan through thousands of tweets.

Twitter has drastically changed for me when I started using these two tricks.

1. Lists.  These are twitter’s instructions, but basically, when you click on a contact’s name, there is the box with a black head and an arrow next to it.  If you click on the arrow, there is a place that says add or remove from lists.  In there, you can make as many lists as you want and put the people in the lists – for example, I have writer friends, favorite authors and books, agents and editors as three of my lists. Finding this feature changed my life because if I am just checking for something specific, I don’t have to scroll through everything to find it.

This is a free app, available for mac, pc, android or ios.  I rarely even use the twitter page anymore because of how efficient this app is.  Everything is in columns and you can link both your facebook (with all the pages) and twitter accounts together.  If you are in a twitter chat, you just add a column with the hashtag of the chat and the feed comes through there, still allowing you to see what is going elsewhere on twitter without having to go back and forth.  And if you happen to work at a place that blocks facebook, this still allows you to see your feed – not comment, but you can at least see what is going on.

Are you on twitter?  Any other questions I can help you with just put in the comments and I’ll do my best.