By now, most of you have probably already decided if you’re going to participate in National Novel Writing Month this year, with only 5 days left until the start of November. For those of you who don’t know what NaNoWriMo is, it’s an online challenge to write 50,000 words in 30 days, it’s absolute writing chaos, it’s an unwaveringly supportive community, and it’s a heck of a lot of fun. This will be my 7th year participating, and though I wasn’t sure I’d be able to finish my edits in time, I couldn’t help but find a way–any way–to work my schedule around it.

So I edited faster.

And that’s the thing about NaNoWriMo. Most people think of it as a highly productive month, but if played right, it can mean a highly productive year. Because the difference between the productivity of a published writer and that of an unpublished writer comes down to one thing: deadlines. For those who commit to participating every November, you create for yourself inherent deadlines throughout the year that can lead to one or more polished books every twelve months.

So for those of you who are still on the fence, or who don’t see the purpose of writing 50,000 words in a single month, or who are already committed but wondering how to make the most of a very rough draft, here’s what a productive novel writing year can look like:

OCTOBER: Ha! You thought your productive year started in November, but that’s not the case. If you actually want to come out of November with something worth sculpting into a polished book, you have to start in October. I know everyone has their opinions on outlining so I’m not going to tell you how much you “have” to do to prepare, but do something. Know your characters and your story before you start. Know your character’s goal, motivation, conflict, and stakes. Understand the kind of choices your character makes and the dilemmas she will face so that as you move through the story, you don’t have to slow down your pace to contemplate these things. Your success in writing 50,000 usable words in a month will count on it.

NOVEMBER: Write 50,000 words. This is completely possible. If I’m in the flow, I can write the daily word count in about an hour and a half, and I’m not even the fastest writer. I usually end up taking 2-3 days off during the month too, bulking up on words early in the month to for allow guilt-free breaks. All my novels have started as NaNo projects (including the one picked up by an agent earlier this year) so I promise you, it can be edited. For now, write those messy, uninhibited words! Here’s the secret I’ve learned to being successful at anything, including “winning” NaNo every one of the six years I’ve participated: decide that failure is absolutely not an option. It’s that simple and it’s that hard, but it’s 100% doable.

DECEMBER – JANUARY: Some people are burnt out at the end of November while others have built a strong writing habit and are feeding off the dregs of adrenaline by the time they hit December. Either use that leftover NaNo energy or the New Years resolution energy in January to finish writing those 15,000 to 50,000 words–depending on genre–that will make your novel complete.

FEBRUARY: For the first 2-3 weeks of February, take a well-deserved break! Let your novel rest and put it out of your mind so for the last week or two of the month, you can come back to it with fresh eyes. Read through your novel and make notes of any substantial changes that need to be made, such as plot holes, weak storylines, weak characters and motivations, and story structure.

MARCH – MAY: Here’s when I like to pull out my craft books and start applying big picture concepts to my story, reimagining the structure and character motivations. This is a great time to make an outline so you can get a good at-a-glance breakdown of what’s happening in each scene, where scenes are weak, and make notes about how to strengthen them. If you use notecards, it makes it easy to move scenes around. Spend the first 2-4 weeks making sure you understand your story and how you want to implement your changes, then spend the next 8-10 weeks actually doing it. Now, I tend to write long books with many subplots to weave together. For those who write shorter or more straightforward novels, it may not take you this long. If not, shorten your timeline and skip ahead.

JUNE: Time to take another break and send your book out to beta readers. Beta readers are an essential part of creating a novel that will catch the attention of the publishing industry. Readers know what they look for in a book and they can often give you insight into where you story drags, where characters are not being the most honest version of themselves, and any places where you may struggle as a writer, such as scene setting, keeping conflict high, or creating realistic scenarios. Get a few readers that are strong writers themselves and will hopefully turn it around in a couple of weeks. Then spend the last part of the month reviewing notes, comparing the,, asking questions, and making more plans for your next round of changes.

JULY – AUGUST: More edits! Implement the changes from your beta readers and focus on scene level improvements. Hopefully your story structure is mostly sound by now, but if not, tie up those loose ends. Make sure each scene is as tight as possible and the tension keeps you moving quickly from one scene to the next. If you can do this quickly, get another round of readers and do it all over again. For those who are on the two-book-a-year schedule, consider doing Camp NaNoWriMo in July!

SEPTEMBER: More readers and final touches. If you’re a self-pubber, this is a great time to bring in your hired editor. Hopefully the big changes have been addressed already and you’re down to getting a few notes on scene level issues as well as language, punctuation, and typos. Spend the last couple of weeks of September polishing your book to a shine.

As it comes back around to October, you should have yourself a novel that is ready to be sent out into the world, either as a high quality self-published book or a query letter to agents. Hopefully you also have a novel idea that’s been percolating in the back of your mind all year and that you’re ready to start prepping for November.

Some people need more or less time per stage, or more or less drafts to feel happy with their work, but this gives you a general idea of what a successful writing year can look like. Self-motivation is an important skill to develop in order to be a successful writer and develop a strong body of work. With the help of National Novel Writing Month and some self-imposed deadlines, every year can be a productive one!

For those of you gearing up to participate this November, I wish you the best of luck and many, many words! 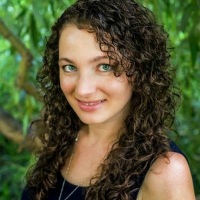 Jamie Raintree writes Women’s Fiction about women searching for truth in life and love. She is currently working on revisions of her first novel in preparation for submission to publishers. In the meantime, she blogs about her journey toward a well-balanced life and a career in publishing–her struggles and successes along the way. She lives in Northern Colorado with her husband and two young daughters and is a Workshop Coordinator for the Women’s Fiction Writers Association.