We are excited to have Shallee McArthur with today’s guest post!

Does that single word fill your writer’s stomach with dread? It used to do that for me. I queried two books before I got an agent, and both times, the writing of the query letter seemed like the most impossible thing on the planet. How could I take my entire amazing story, shrink it down to 250 words, and make it sound amazing?

Eventually, I discovered something important. A query letter is simply a story in miniature. If I wanted to convince an agent I could tell stories, I darn well better write a good 250 word story. And that made me realize…I already knew how to do this. The only difference between writing a query and writing a novel is that they have different formats.

So allow me to share the format that I used to write the query for my book, The Unhappening of Genesis Lee. (If you’ve read Query Shark, these might sound familiar. If you haven’t…go do so.)

A query letter needs the same 4 basic elements a novel does—a query simply strips away the excess and focuses narrowly on them. The format is simple: a Character in a Conflict who makes a Choice with certain Consequences.

Character: Who is the story about? What makes this person worthy of their own story?

Conflict: What goes wrong? What disrupts your character’s status quo? What is the story about?

Choice: What choices does your character face when the conflict rears its ugly head?

Consequence: This is the “or else.” Your character has to make their choice, or else…bad things happen. What specific consequence is your character trying to stop with their choice? Consequences are how to make your reader care about the conflict.

I found that the easiest way to start a query was with a single sentence that described the book and had those four elements. It’s a lot easier to expand from one sentence than it is to shrink down 70,000 words. In fact, it’s kind of like Mad Libs.

You can play with the format, of course. Here’s my original logline for Unhappening’s query:

A 17-year-old girl who stores her memories in external objects must hunt down a memory thief before she is robbed not only of all her clues, but her entire life.

The reader knows who the story is about (girl who stores memories in external objects), the conflict (memories being stolen), and what choice she has to make (hunting down the thief), before something bad happens (she loses a lifetime of memories).

You don’t want to include the logline itself in the query, instead you want to expand it into a query. How do you do that? Details, my friend. The right kind of details. Now, the right kind is going to depend a lot on the type of book you’re writing. Character-driven? You’ll need more details about the character. Crime thriller? You might want more focus on the conflict and consequences. Being vague about your details can make your story sound generic. But you don’t want to explain all the events of your novel, either. You want to focus on the moments that make your story stand out.

Here’s the pitch from my query to illustrate the kinds of details you can focus on.

“Seventeen-year-old Gena never takes off her Link bracelets. Each one holds her most precious memories—literally. Gena is Mementi, someone who uses the Links to store every moment from her life. Her memories never dim and they’re never forgotten. [This is all character. I focus on my character to explain the essential bits about her world. I try to give the reader a reason to think this is a character they might want to read about. I try to give VISUALS—bracelets never taken off, memories that stay bright.]

But they can be stolen.

A Link thief has already ripped entire lives from six people, including Gena’s best friend. Anyone could be next. Which is why Gena freaks out when a strange boy appears and claims she’s forgotten him. His proof? A recording of his own memory that shows her crashing into him—on the run from the Link thief. [Conflict is right here. I focus on the essential moment where the conflict comes into play: When the boy approaches Gena and she learns her memories are gone. A few sentences of ACTION describing the actual scene are all that’s needed.]

With suspicion tearing her town apart and hints of a dark purpose that could destroy the Mementi altogether, Gena has to find the thief. Again. Before she forgets anything else.” [This is choice and consequence rolled into one paragraph. In relaying it, I tried to add a bit of drama through WORD CHOICE and sentence structure.]

Writing a query is hard. There’s no doubt about it. Because queries are shorter than novels, we think they should be easier, which is part of where some of query-writing anxiety comes in. Accept that it’s hard. And then remember that you know how to write a story, and that’s all this is. Play with how much or little you want to tell of each of the four elements, and the best order to present them in. Get feedback. Refine it. Try writing it again from scratch to see if a new approach works better.

Do all those things you did when you wrote your book. You are a writer. You’ve totally got this. 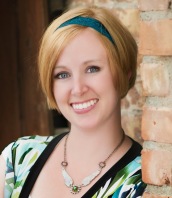 Shallee McArthur originally wanted to be a scientist, until she discovered she liked her science best in fictional form. When she’s not writing young adult science fiction and fantasy, she’s attempting to raise her son and daughter as proper geeks. A little part of her heart is devoted to Africa after volunteering twice in Ghana. She has a degree in English from Brigham Young University and lives in Utah with her husband and two children. Her YA sci fi novel, THE UNHAPPENING OF GENESIS LEE, debuts Nov. 18, 2014.

And because people always ask, her name is pronounced “shuh-LEE.” But she answers to anything that sounds remotely close.