I have been studying fiction writing and writing fiction since 2003, when I needed an outlet from my technical writing job. I have read approximately 100 books on fiction writing, most of them seminal about writing: Donald Maass’s Writing the Breakout Novel, Donna Dixon’s Goal, Motivation, Conflict (GMC), Robert McKee’s Story.

After 13 years, it takes a pretty special book to teach me anything that I don’t already know (or state things in such a way that get through my thick skull).

Well, I found that book: Wired for Story: The Writer’s Guide to Using Brain Science to Hook Readers from the Very First Sentence. It’s by Lisa Cron, a former literary agent and supervising producer for TV shows. She now teaches writing for UCLA.

Wow. Can I just tell you…wow.

Because I want everyone to buy Wired for Story (I have no ties to this book, and I don’t know the author), I will only name Three A-Ha Moments for me. Just so you know—I wrote 20 pages of notes, front and back, with A-Ha Moments. Just naming three is basically 3% of what I learned from this book.

Think about your typical action movie. There are pretty awful ones out there, and then there are pretty awesome ones out there. The difference? The action movies that made you feel for the characters (and showed you their internal conflicts) are the ones that stand out. This is why I love Twister, The Day After Tomorrow, and Independence Day. The screenwriters spent time showing internal conflict. The action movies that I didn’t feel as much were Captain America and the latest Avengers movie. They were more about the external conflict, and that made me not so invested with the characters…and as a result, I wasn’t invested in the story (i.e., I fell asleep during these movies).

2: Each plot twist and turn must make the protagonist deal with their internal issue.

Let’s take a look at one of my favorite action films: Twister. When the twisters came, there was something that usually forced the hero and heroine face their internal issues: the niggling doubt that they shouldn’t sign those dang divorce papers. Imagine if Twister hadn’t had Bill Paxton and Helen Hunt dealing with finalizing their divorce—that it was just a couple throwing zingers at each other. I’ve seen many movies like this—the screenwriters think the mild agitation between the hero and heroine is a good enough internal conflict. Um, no, I don’t think so.

3: External vs. Internal Goals showcase who you think you are vs. who you really are.

Back to Twister. The external goal is to get Dorothy up in a twister to get a reading on it, so that humans can better predict when a twister is coming. So the protagonist (Bill Paxton, since he’s the one who has to change the most by the end of the movie) has to face the fact that he wants to get Dorothy up in the twister (external goal). But what he’s really facing/who he really is? If he just wants to be a weatherman vs. a field scientist, and if he just wants to be married and safe and sound with the marriage counselor vs. married and adventurous with his storm-chasing first wife.

By the way, there are even MORE awesome nuggets of awesome in Wired for Story. So do yourself a favor and get this book. Read it. Study it. And apply it to your own writing. 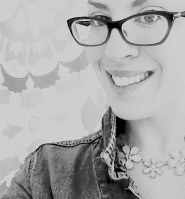 Sydney Strand is a fiction writer who has published two young adult books through New York and another six books via self-publishing. Over the last two years, she has focused on writing fun romances, but not of the Red Room of Pain variety. More like the Dan and Roseanne/Sam and Diane variety–humor is sexy, dontcha know. You can follow Sydney on Instagram (1st Favorite), Twitter (2nd Favorite), and Facebook (Not a Favorite). She’s also at www.sydneystrand.com. (Her favoritest of favorites.)

One thought on “Three A-Ha Moments: Wired for Story”