A picture is worth a thousand words.

We’re all familiar with that idiom. As writers, our goal is to use way fewer than a thousand words to paint that perfect picture. We want those pictures to come alive for our readers.

But here’s the thing, if you only paint a pretty picture, you risk leaving your readers on the outside looking in when what you really want is to lure them in.

How do you lure them in? By using all 5 senses. 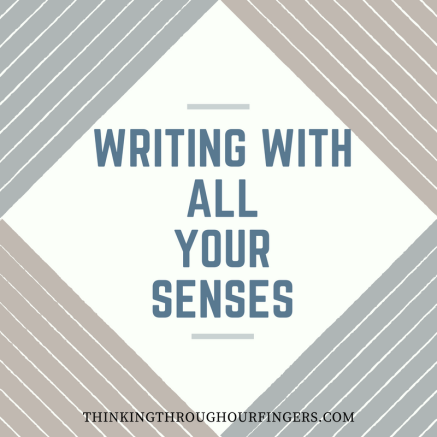 I know, you’ve been holding tight to the “show, don’t tell” rule. And we’ve already established that writing is about drawing a visual picture. So yes, you’re still writing visual descriptions. But, make sure every word counts. Include only what strengthens the image and look for new ways to describe things.

Now put yourself in the scene. What can you show your reader that’s beyond the obvious?

Think about the last movie or TV program you watched. It had a soundtrack, right? Characters were talking to each other, music during key scenes, the revving of a car engine, the ringing of a phone in the background. Obvious sounds.

When writing, you’re transforming those sounds into words. Your reader needs to hear what your characters are experiencing.

Then there’s the unexpected. Those are the details that will make your reader catch her/his breath and will linger in their minds long after they’re done reading.

In real-life, you’re constantly tasting something so why aren’t your characters?

Don’t stop with the obvious.

Okay fess up, do you touch a flower petal to see what it feels like? Or run your fingers along a brick wall? What about stroking the leather of a couch? If a friend has a new sweater, do you reach out to see if it’s soft?

There are times, though, when it’s not as much what the character is touching but the act of the touch itself.

Smell is an incredibly powerful sense. It’s probably the most nostalgic of the senses, which makes it the ideal tool for flashbacks.

It’s also a fabulous way to suck your reader into a scene.

Take a few minutes as you’re sitting in your house or walking down the street or having dinner at a restaurant and really pay attention to what’s around you (without getting arrested, please).

Imagine writing using different senses. Instead of telling your reader that the character is uncomfortable sitting in the living room under the scrutiny of his date’s father, how could you write that using touch or smell?

Now go back to your manuscript and think about inviting your readers in, letting them enjoy the smells, sounds, tastes that your character experiences.

Do you use all the senses in your writing or do you have a go-to sense that you default to? 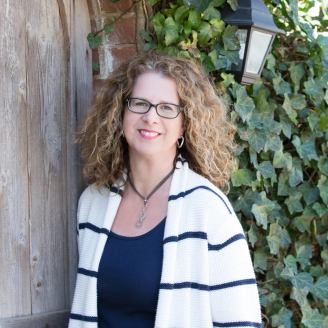 Orly Konig is an escapee from the corporate world where she spent roughly sixteen (cough) years working in the space industry. Now she spends her days chatting up imaginary friends, drinking entirely too much coffee, and negotiating writing space around two over-fed cats. She is the founding president of the Women’s Fiction Writers Association , and an active member of Writers In The Storm blog and Tall Poppy Writers. She is represented by Marlene Stringer of Stringer Literary. Her debut women’s fiction, The Distance Home, will be released from Forge in May 2017. You can find her online at www.orlykoniglopez.com or on Goodreads, Twitter, Facebook, and Pinterest

2 thoughts on “Writing with All Your Senses”