In my most recent manuscript, I hit the end of draft one and knew I was going to have to do some trimming. It was over 100k words and had a lot of scenes, some of which I didn’t really need.

As I worked my way through the revision, though, I realized I also had a lot of characters, some of whom I didn’t really need. I decided this was probably a good time to use the “kill your darlings” advice. Two best friends–why not just one? Chef in only one scene? Scene gone. Society figures mentioned but never seen? Names swapped with characters who got screen time.

In spite of that, when I got my revision notes from my agent, she said, “You have a LOT of characters. See if you can cut or combine some.”

Well. I had already gotten rid of all the easy characters. Now how would I decide who had to go? 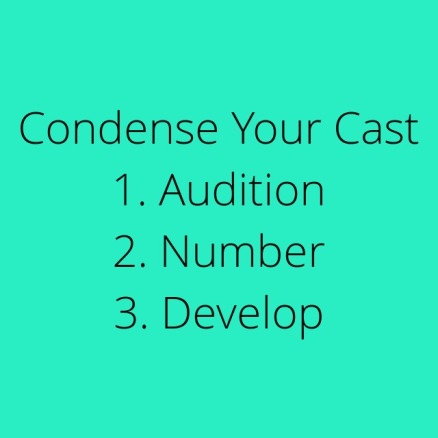 The key for me turned out to be this idea of combining characters–I had already combined two very similar characters into one during my early revisions, but now I found myself combining very different characters–people with opposite personalities even–and not only did it give me a tighter cast, it provided more depth to my main characters and their relationships, and gave more screen time to characters who mattered.

During all these rewrites, I realized my problem started during my drafting process. Any time I saw a need in a scene, I would just add a new character who could fill that role perfectly. Unfortunately, this led to more breadth than depth in my cast.

For the future, I’ve set some rules for myself for cast creation and evaluation:

These rules can give our characters greater connections and development, and perhaps they can spare us some of those long hours writing too many characters out. Though if you’re cutting scenes and characters, hang on to them in another folder–remember that chef? He came back in the most recent draft, this time with a new reason for existing (tied to a main character who was not previously in that scene). Sometimes the story changes enough that the darlings we’ve killed have to be resurrected, and it’s easier if they’re still on hand. 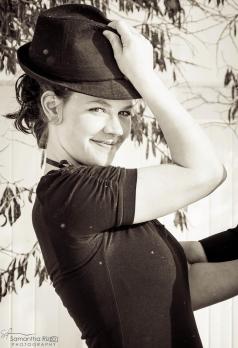 Shannon Cooley is a dancing queen who looks seventeen (a.k.a. a babyfaced ballroom dance instructor). Her favorite type of dance is anything with lifts and drops, which might explain the adrenaline-seeking tendencies of her three children. She and her husband are both writers, resulting in children who refer to stuffed animals as “characters.” Shannon writes Young Adult and Middle Grade fiction, and is represented by Victoria Marini of the Irene Goodman Agency