I just sent a novel that I’ve been working on for five years to my editor. That doesn’t mean that I’m done with it. I still have lots of editing and my tight relationship with my characters and manuscript will continue on, but I finally gave myself permission to let it go. I gave it a chance to find a place somewhere other than my desk and my heart. To allow it the opportunity to soar and to gain feedback so I could make it even more than it already is.

Even after I finished it, I sat for a week not sending this work of art that I put hours upon hours into. During this time, I also happened to be in the process of moving from a place that I loved dearly. I wanted to hold on to what felt familiar and meant something to me— so I sat, and tried to cherish the moment a while longer. 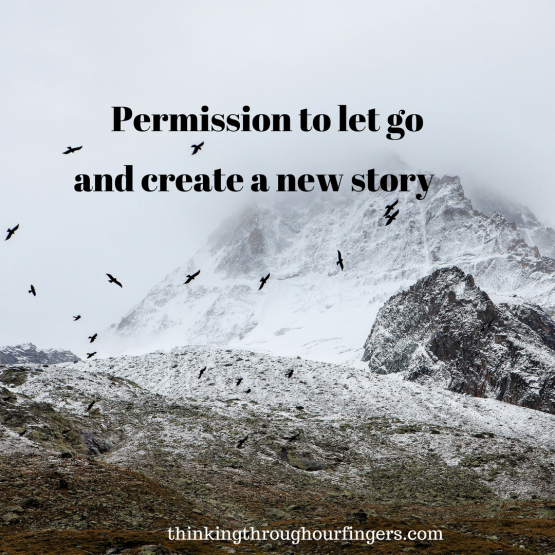 Letting go is hard. Even if it’s for the best and even if there’s something better out there for us and our life, its’ hard when you can’t see it…yet. You have to have faith that if you put in the work and keep going no matter what, something will be waiting right around the corner. This is what I kept reminding myself in my head over and over, until… I sent my manuscript and allowed myself to go to the next step in my writing. That same week, I stared at my home for the last time with tears in my eyes, got in my car, and drove away.

A new chapter would now begin.

After that I had the big question on my mind about life, my writing, our new place and area. What now? A blank sheet of paper waited for me to write my next chapter. I had this sense of excitement, freedom, and clarity about creating something new. We took a family trip the day after we moved and the ideas for stories invigorated me. I had so many. That was thrilling. Now, I had the decision of which story should I write first. We had a lot of driving time that presented itself and that held to be a treasure. No longer did I miss my dear novel that I spent so much time with, but instead I felt light and ready to play again.

Letting my manuscript go and knowing when I had to, was the only way that I could propel myself into creating other projects that were waiting for me to write them. I sit in my new place that’s still filled with half-opened boxes and I don’t see a mess. I see a new canvas waiting to be created.

I’m typing this article in my new bedroom that still has all the same decorations that I’m familiar with, but it’s different…good different. There’s more noise, and the rumbling upstairs from kitchen chairs scraping the floor, means someone’s eating dinner. I have more closet space, but a smaller room.

We have ducks and a pond. The geese are loud, but I don’t mind because they’re quite entertaining standing on the top of parking garages and honking commands at each other. I often wonder what they’re saying.  There’s a new story creating itself within our family. Within myself. A new journey that won’t be like any of the other places we’ve been.

Like my writing, I have all the same tools, but the adventure on the pages will be different than the last. Every time I give myself permission to move forward, a new creation and plan is forming itself. I can’t wait to see what becomes of my stories!
_____________________________ 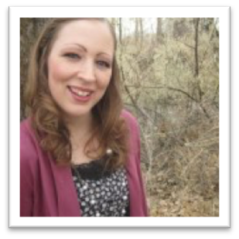 Lauri Schoenfeld’s first love is her little clan of three silly kidlets and her wonderful hubby, Andy. Writing is a close second. She began writing poems at the age of nine, and her love for literature and music developed into composing thirty songs.  In 2014 her short story, Christmas Treasure, was featured in an anthology called, Angels from their Realms of Story.  Her favorite genre to write is anything dark, psychological, and suspenseful, but she enjoys expanding her horizons and dipping her feet in other genres as well.  Lauri teaches summer writing classes for kids and mentors teens throughout the year. She’s a Child Abuse and Scoliosis Survivor. Lauri runs a group for teen girls with Scoliosis called, The S Squad. Their motto is Strength, Support and Self Confidence.  She’s been known to dance around the house with a spoon as her microphone and sneak toppings from the ice cream bar. Lauri’s taken online classes at the Institute of Children’s Literature and was the President of the League of Utah Writers, Oquirrh Chapter for two years.  She’s a member of Crime Writers and International Thriller Writers