“A joke is like building a mousetrap from scratch. You have to work pretty hard to make the thing snap when it is supposed to snap.” –Kurt Vonnegut

Looking for ways to add more humor to your writing? Here are three ideas!

Some words are simply funny. Why? Well, they just are!

Adding more humor to your writing might be as simple as hitching up your pantaloons and yanking a bevy of wonky words from your noggin.

But if you’re you’re feeling bumfuzzled, gobsmacked, bamboozled or just plain discombobulated, don’t make a big brouhaha about it. Instead, skedaddle on over to these lists of funny words and you’ll be writing more hilarious sentences in a jiffy…

I saw an animal chasing my neighbor.

I looked out my window and spewed chunks of Crunchy Corn Bran out of my nose. Mr. Dobber, my ornery neighbor with a penchant for wearing shorts, suspenders and black socks was running faster than a fat turkey on Thanksgiving, which isn’t very fast actually. But by the way Mr. Dobber was lifting his knees to his chest as he raced through our geraniums, it was obvious he was giving it all he had. And I would, too, if a large hairy llama with a dribbling slobbery tongue was chasing me.

To write good humor you need to avoid generalizations.

“You describe a thing in a way that is totally different from-even the opposite of-the way people expect you to describe it. Also, if possible, you use the term ‘weasel fart.’” –Dave Barry

Callbacks are one of my favorite devices for writing humor.

A callback is when you mention something seemingly insignificant. And then later on in the story or standup routine, you refer to this bit again in a funny way.

In one of my works in progress I have a rotten character who is a man-hungry woman with caked on make-up. In one scene, my main character sees a couple of big guys heavily strapped with knives, daggers and swords. Later on, the woman fawns all over them, admiring their muscles and such.

The next line in the story is, “Now Jasper understood why the men needed so many weapons.”

What techniques do you like to use to add humor to your writing? 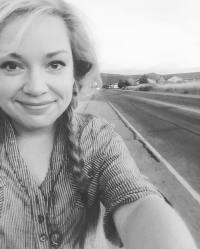