Every April Fools’ Day, I think of my friend Sam, who chose April 1st for her wedding day.

It seems like a funny date for a wedding until you realize it’s brilliant! They got all the venues and services they wanted (because who gets married on April Fools’ Day?) and everyone remembers their anniversary. 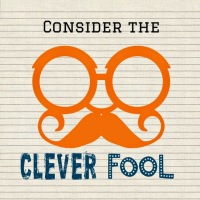 I love a clever fool.

I am working on something. A secret project (labeled “secret” because after years of writing, I realized I work best if I don’t share my story with anyone until it’s finished). I’m excited about it, and downright giddy about the fact that it includes a fool who isn’t really.

The concept isn’t new. It is, in fact, a variation of the underdog story prevalent in just about every popular middle grade and young adult novel you can think of. It is even a variation of a religious narrative: the lowest of all is really the greatest of all . . .

And when it’s done well, it is one of my favorite kinds of books to read.

The clever fool chooses to be the underdog; he hides his smarts, facing social ridicule, for a higher cause.  Because I recognize how hard that would be (I’m pretty sure I couldn’t do it), such a person is my ultimate hero.

So in honor of April Fools’ Day, I give you my favorite fool books:

Have you read them? (Do!) Do you have any fool favorites to add?

These books can be enjoyed solely for their entertainment value. But if a moral can be taken from them, perhaps it is that we should have the confidence to not worry about what society thinks.

Like, say, getting married on April Fools’ Day. [Happy Anniversary Sam and David!] 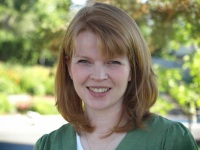 Emily Manwaring spent her childhood in Wales, her adolescence in Utah and the time since in England and New Hampshire respectively. She has a degree in English Literature from BYU and currently lives in Northern Utah with her husband and children.  She likes to sleep [mostly she just misses it], read, and write [this makes her sound very lazy].  She is currently working on a picture book series.