Writing as a creative pursuit sometimes resembles Joseph Campbell’s hero’s journey: the muse calls us to action, sometimes a mentor appears to guide us along our path, sometimes we find ourselves in the midst of a try-fail cycle.

And sometimes, like Dante, we find ourselves in (figurative) hell.  Some levels of a writer’s hell are clearly marked: query hell, submission hell, reviews-on-Goodreads hell or Kirkus-hated-my-book hell. But some of them, like writer’s limbo, often go unnoticed and unmarked. 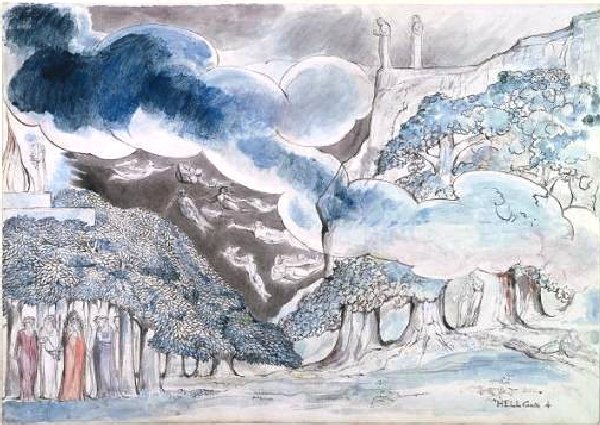 What is writer’s limbo? Typically, it’s a waiting stage. Some parts of writing writers have control over: when to squeeze in writing time, what type of book to write, whom to query, etc. But a lot of writing (particularly if you hope to publish with a traditional publisher) involves waiting.

This waiting happens at all stages of a writer’s journey.

This kind of limbo can sometimes be draining–sometimes, it makes writers stop writing altogether because they struggle to move on while they’re still waiting.

For me, the limbo of waiting is particularly insidious after I’ve hit a milestone–it was hard for me to write something new in the window between my agent getting my revisions before we went on submission. It was hard to write in the windows between each edit letter after the book sold. When you reach a milestone, for a while everything seems shiny and exciting and you’re motivated to write because clearly you are almost there (wherever there is). And then the excitement dies down and you’re left with the hard work of writing in limbo–in that long drawn out space between those punctuation marks.

So how can you push through limbo and make it count for more than just marking time?

This might be obvious, but I’ve seen lots of writers get derailed by waiting instead of working (I’ve even been that writer). Keep writing, even when you don’t want to. Maybe especially when you don’t want to. (Ilima has some excellent advice for this). Keep working. It might not be the project you’re waiting on, but use that waiting time to make progress on another project. Writing a completely unrelated book helped save my sanity when I was on submission. And writing book two helped me endure the wait for edits on book one.

As important as I think it is to keep writing while you’re waiting, sometimes that isn’t the best answer. Sometimes you need a break, a chance to fill your creative well. Read a good book. Watch a movie. Go hiking. Do something that fills you so that when you have a chance to go back to your story you can do so with a full heart.

3. Keep Your Eyes on Your Own Paper

I find that my sense of paralysis and limbo worsens when I compare my own journey with other writers. When my book sold, it was originally slated to be a Fall 2016 release. Later, the publisher decided to push it back a season, to Spring 2017. And while I think this will ultimately be good for me and for the book, that doesn’t mean it hasn’t been hard–particularly when my social media feeds are full of writers who sold their book after I did, but who will get to hold their books months before I will. But that constant comparison only makes me unhappy and my wait feel longer. I’m much more productive (not to mention happier), if I focus on my own writing and goals in the interim instead of obsessing over things over which I have no control. (If you haven’t read it yet, Heather Webb recently had an excellent post on dealing with writer’s envy).

When the waiting on my own journey seems endless, one of the best distractions comes in the form of celebrating my friends’ achievements. This is not the same thing as comparison (see above). This means genuinely letting myself be happy when my friends hit milestones while I’m waiting. This year, I have lots of friends in the Sweet Sixteens who have debut books coming out this year. While I’m not officially part of that group any more, looking forward to their releases and helping them celebrate when the books come out does, in fact, make the waiting pass more pleasantly. Writer Julia Baird borrows the German word freudenfreude to describe this joy at others’ success. While this shared joy may not come naturally to most of us, I think it’s something worth striving for.

What about you? What helps you fight your way out of writer’s limbo?

Rosalyn Eves is a part-time writer, part-time English professor, and full-time mother of three. She loves all things BBC, especially costume dramas and mysteries. When not wrangling children (and sometimes when she should be wrangling children), she’s often found reading. Her debut novel, THE BLOOD ROSE REBELLION, is forthcoming Spring 2017 from Knopf. She’s represented by Josh Adams of Adams Literary.

One thought on “Four Ways to Work Through Writer’s Limbo”