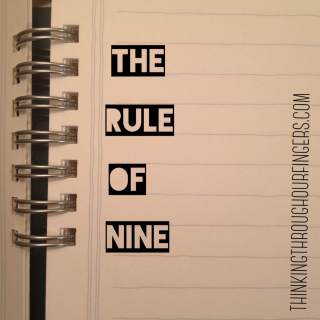 To succeed you must fail.

I don’t know about you, but I really don’t want to fail. Actually, I’m going to go out on a limb and guess you really don’t want to fail either.
I don’t want things to be hard. I don’t want writing to be hard. I want to sit at my laptop and let magical brilliance flow from my fingers to the keys and fill the screen with breathtaking magnificence.
Instead, it’s a whole lot of work. And sometimes there are problems. And sometimes I feel like I’m failing royally.
When I come to a problem with my plot, a character, or the whole stinkin’ book, I want to come up with a solution. Right away. Or, better yet, 10 minutes ago. I want my brain to instantly supply the perfect solution. Or I want to go for a drive, talk to myself a bit, and then have it all work out in a nice, tidy manner.
But it’s more like this:
Positive me: We have a problem. But it’s okay. We just need to think it through. We can fix this.
My unhelpful internal editor: You suck.
Me: No, I can do this. I’m going to come up with the perfect idea.
My snarky internal editor: Not something lame again, right?
Me: No, of course not. (insert nervous laughter) This is going to be a stellar idea. Yep. Any minute now….crash! It’s going to come to me.
My overly dramatic internal editor : The book is ruined.
Me: Hold on. What about this? No. That won’t work. Or this? Nah, it’d mess up that other story line. Maybe this?
My just plain rude internal editor: I thought you said you weren’t going to try another lame idea?
Me: You’re right. I suck. Maybe we should spray paint something. Let’s go look at Pinterest…
Hmmm. So, that’s probably not the best way to fix anything. Although, I do have many lovely spray painted items. (I’ve also given loads of spray painted junk to the thrift store)

Recently, I learned a better way to come up with ideas from the book, The Comic Toolbox by John Vorhaus. It’s called the rule of nine. The idea is simple. For every ten ideas you come up with, nine are going to be utterly rotten. And once you come to terms with this it frees you up. Go ahead, jot down ten possible solutions. Sure nine of them are going to compete with the stink in the back of your fridge. But who cares? You already knew they weren’t likely to work.
Vorhaus says, “Depressing? Not really. In fact, the rule of nine turns out to be highly liberating because once you embrace it, you instantly and permanently lose the toxic expectation of succeeding every time. It’s that expectation and the consequent fear of failure that give your ferocious editor power over you. Remove the expectation and you remove the power.”
I recently hit a rather large snag in my WIP. You could even say that I fell into a massive pit of deep, dark despair. I walked around metaphorically banging my head on every flat surface, trying to come up with the perfect idea, for days and days. For some reason, this didn’t work very well.
Then I tried the rule of nine.
I entertained every possible solution to this problem and jotted it down. I didn’t let my internal editor say a word. (Okay. She probably mumbled things here and there about me being a lamebucket, but I ignored her.)
I was ready to try anything. And as I let myself think beyond that dratted box we all end up in from time to time, I began coming up with more and more ideas. But I didn’t love, LOVE any of them.
So, I kept going. I filled pages and pages with ideas. Way more than ten. And way more than nine failed. But then…I found it. I found the one! I’m excited again. And now I can get back to writing.
If I’d continued letting that miserable, killjoy internal editor call all the shots, if I’d continued fearing I was going to fail and simply sat still, not taking any chances I’d still be moping around the house like some whiny girl who can’t choose between a hunky werewolf and a sparkly vampire.

What tricks do you use to give that pesky internal editor the shaft? 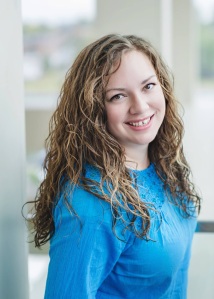