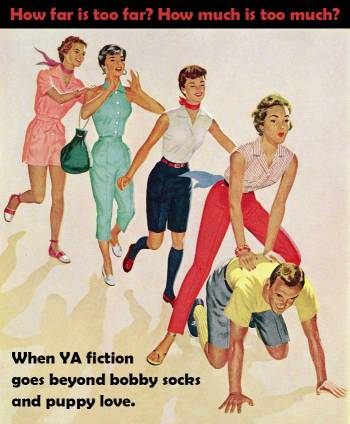 I didn’t actually set out to answer those questions. But over the past several months, they’ve been on my mind. A lot.

Let’s back up. My teenaged daughter is a voracious reader. She always seems to discover and read the “hot topic” books months before I even hear about them. She’d read all John Green’s books before I even got a whiff of The Fault in Our Stars, and she read Thirteen Reasons Why way before Netflix even thought about vandalizing the book as a miniseries.

In the run-up to my NaNoWriMo project last year, I decided I wanted to write the kind of YA book my daughter likes to read: edgy, real, and touching on the scarier areas of high school life. I settled on a revenge novel, one that used multiple points of view. Then she and I sat down and brainstormed about the horrible things high schoolers do to each other.

Some of the ideas we came up with together were pretty dark. But I was drawn to the characters they suggested, and I thought they made for a great story. I’m revising now, struggling with my beginning, but I’m still happy with the way the book is shaping up.

To help me get in the right frame of mind for this book, I’ve been reading extensively in the “edgy YA” category. Here are a few of the books I’ve devoured in the past few months:

Now, I live and write in southern Utah, so I work in a bubble. Though this isn’t an absolute, readers here tend to gravitate more toward sci-fi and fantasy, focus on “clean romance,” and stay away from heavy realism. The bubble is thick and isolating—so much so that, when I began introducing my current project to my writing group, one of the members asked, “Do books like this actually sell?”

Publishers don’t release sales numbers, but if we look at Thirteen Reasons Why on Amazon, we see the book has 29 separate formats and editions, including seven hardcover, nine paperback, two digital and four audiobook. There’s also the popular miniseries on Netflix. What this says to me is that Jay Asher probably doesn’t have to feel around under his couch cushions for gas money. Similarly, Looking for Alaska is available in 55 different formats and editions. Millions of copies of both books have been sold.

Obviously, books for teens with lots of “adult” material can be incredibly popular and make bucketfuls of money for their authors and publishers. But I’m still curious to know: how far is too far, and how much is too much? Are there specific topics that readers just don’t want to encounter in young adult novels?

I can’t answer that question. In fact, it’s a question I’m asking TTOF readers. I’ve put together a survey for you to fill out:

You’ll be asked about various thematic elements and  your level of comfort with them. I encourage you to respond to the survey, and to ask your friends to do so as well. I’ll summarize the results in a future column. 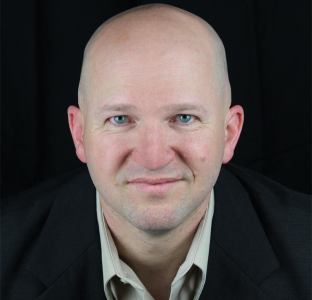 David Baker is an author, playwright, marketing professional, blogger and freelance editor. He has ghost-written several books and authored dozens of published articles on such topics as business technology, the insurance industry, marketing and data security. He writes both YA and “grown-up” fiction and is actively querying several projects. He also edits the monthly journal of a national trade organization. In his spare time, he runs marathons, volunteers with young people, cooks curries, paints shoes and builds things. He has an A.A. in theater, a B.A. in English and an M.A. in linguistics. Born in Arizona, raised in Hawaii, currently living in Utah, David is actively involved in theater. His stage play, Inside Al, won the Henry Fonda Young Playwright Award and premiered at the Kennedy Center for the Performing Arts in Washington, DC. The play was subsequently published by Samuel French and has been in near-continuous production for more than two decades, with hundreds of performances across the US and Canada. You can find his personal blog at blog.bakerdavid.com.

One thought on “How Far Is Too Far? How Much Is Too Much?”