The one thing that pops up on almost every agent’s wish list is a book that has “voice.” Rarely do you find a modifier like “edgy voice,” “alluring voice,” or “baby voice.” No, they keep it simple and at the same time make the whole thing fairly esoteric by just saying they want voice. It’s like that “it” quality. You either have it or you don’t.  Never despair though because you can find your unique voice, develop it, and use it to connect with your readers.

Voice can be difficult to define. I believe it’s the unique, original way that you and only you put words together. It’s also your outlook on the world and human nature that serves as your fingerprint in literature. A few years ago, I participated in a literary idol contest where three successful authors judged an excerpt of my novel-in-progress while I tried to play it cool with a blank face. Once they got past the first paragraph and then the second, I remembered to breathe. Young Adult author David Yoo described my writing by saying “that’s an assured voice.” I bit my lip and conjured up sad memories, which is my little trick to deflate my euphoria in moments where it might be inappropriate. 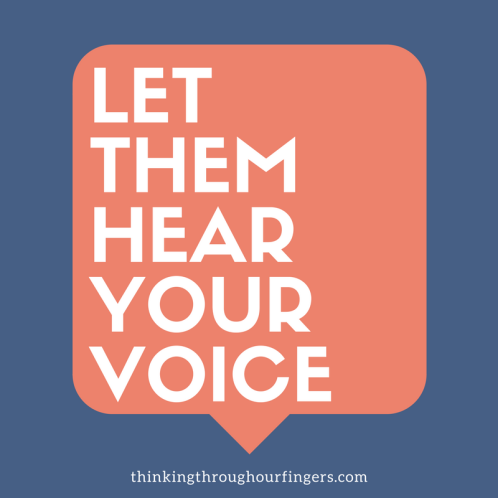 Sometimes it’s easier to recognize talent in others, so be on the lookout for voices that captivate you. When I first read “The Mothers” by Brit Bennett, I was blown away throughout the entire book. The Greek chorus of church mothers who spoke as one wore the sass and all-knowing tone familiar to anyone who has spent time around seasoned black women, especially those on the usher and deacon boards.

A girl nowadays has to get nice and close to tell if her main ain’t shit and by then, it might be too late. We were girls once. It’s exciting, loving someone who can never love you back. Freeing, in its own way. No shame in loving an ain’t-shit man, long as you get it out your system good and early. A tragic woman hooks into an ain’t-shit man, or worse, lets him hook into her. He will drag her until he tires. He will climb atop her shoulders and her body will sag from the weight of loving him. Yes, those are the one we worry about.

Now don’t tell me you didn’t just slap your laptop or throw your phone across the room after reading that passage. It’s fresh and bold and original. Also, this serves as a great example of how you can give a collective group of people a rich, narrative voice on the page.

I felt a similar connection when I read “A Man Called Ove” by Fredrik Backman. In the passage below, you can picture and hear this stubborn, crochety man and get a glimpse into his worldview. The “voice” of Ove rises from every page of the book.

“Now you listen to me,” says Ove calmly while he carefully closes the door. “You’ve given birth to two children and quite soon will be squeezing out a third. You’ve come here from a land far away and most likely you fled war and persecution and all sorts of other nonsense. You’ve learned a new language and got yourself an education and you’re holding together a family of obvious incompetents. And I’ll be damned if I’ve seen you afraid of a single bloody thing in this world before now….I’m not asking for brain surgery. I’m asking you to drive a car. It’s got an accelerator, a brake and a clutch. Some of the greatest twits in world history have sorted out how it works. And you will as well.” And then he utters seven words, which Parvaneh will always remember as the loveliest compliment he’ll ever give her. “Because you are not a complete twit.”

You, too, can find your voice as a writer, but it takes practice. Other writers who have read my pages describe my voice in fiction as raw and visceral. That was never intentional on my part. I never studied voice or tried to channel it. My voice continues to reveal itself naturally, but I still think I’m in the throat scratching stage. In my early days of writing, I’d try to mimic my own literary idols, marveling at their turns of phrase and wordsmithing, hoping I could co-opt just a sliver of their shine. That formula fails every time. Only when you put your authentic self on the page time after time will your distinct voice emerge. 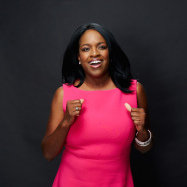 Nancy E. Johnson is a senior communications leader with an Emmy-nominated, award-winning journalism background. She contributed to O, the Oprah Magazine which published her personal essay in the November 2015 issue. Nancy serves as secretary for Mystery Writers of America Midwest Chapter and was a finalist in the Women’s Fiction Writers Association’s 2016 Rising Star Contest and one of the winners of Writer’s Digest’s “Dear Lucky Agent” contest. When she’s not reading, writing or pontificating about politics, she’s running and eating chocolate, sometimes at the same time. The Chicago native is writing her first novel.