Trying to write this article the past few weeks, has been a struggle. I usually have so many things to say, but I kept drawing a blank. I’d done my usual walks, and went people watching. Normally nature and my surroundings guide me to the page, but not this time. I just kept waiting. Finally, I had something to write. Getting to the point of sending it, my computer had some issues and I’d lost it all.

Disappointment and anger gripped me. I now was also behind on getting my article sent in too. The happy camper had left the building.

Doubt’s been knocking at my door a lot lately, and I’ve let it. I’m the only one who can allow a trespasser in, and tell myself that they’re a guest. A guest can stay for a while, if you don’t give them a time frame of how long they’re welcome. An extended stay has been invading my mind space.

We can all choose to make something happen, or sit and wait for it to come to us. I’m typically a very proactive, go getter. But, I was getting comfortable in what felt familiar. Really comfortable. The bean bag was forming to my body with how relaxed I’d become.

I’ve started a new process the past few months and it involves the art of querying agents. Where I’m super stoked about this new stage, I’ve also had the discomfort of knowing that I have no idea what I’m doing. It’s all new compared to the projects I’ve been brainstorming, writing, editing, and revising about a million times for the past few years. I’ve felt lost and that’s taken me away from the thing I should be doing.

I’m over-thinking, and in turn that’s not allowing my creative juices to flow as freely.

Inspiration does happen. There are moments of it that come streaming in like lit sparklers. You feel the excitement and surge of this brilliant writing piece you’re creating, and building. But, not always. There are going to be times that nothing comes to you at all and you have that doubt setting in, but you still need to show up. Nothing moves forward . . . ever, until you make the decision to get to it. Even when you feel like there’s not much to say, or you don’t know what to do . . . keep trying. Sometimes, you need to let go of the old comforts, and allow yourself to try something new. It’s not going to be the same as what you’ve been working at, and it shouldn’t be. Starting again, means there’s more learning, experience, and opportunities for growth. Ones you might never learn without restarting. 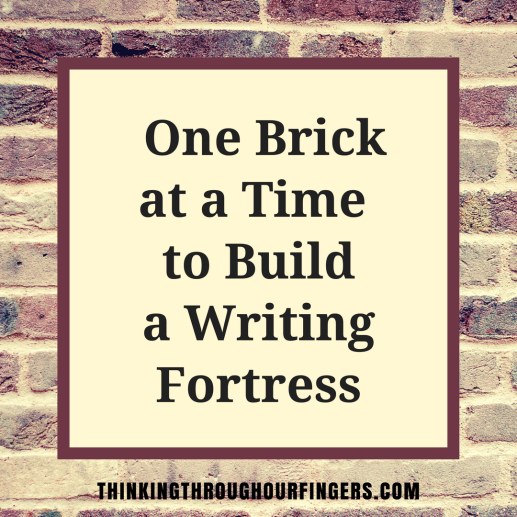 One of my favorite quotes is by Will Smith. “You don’t try to build a wall. You don’t set out to build a wall. You don’t say I’m gonna’ build the biggest, wall that’s ever been built. You say, I’m gonna’ lay this brick, as perfectly as a brick can be laid, and you do that every single day. Soon, you’ll have a wall. It’s difficult to take the first step when you look at how big the task is. The task is never huge to me. It’s always one brick.”

Be gentle to yourself when things are new or when there’s a unexpected roadblock.

One step at a time.

And, be open to see the silver lining of how your bricks are the stepping stones to your fortress. 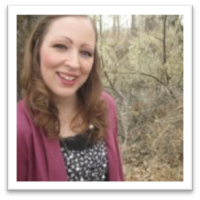