Today I’m blogging in support of and recognition of Emma Hart, author of The Mauve Legacy. Emma is releasing her new romance novel, NEVER FORGET, in just three weeks. I’ve been lucky enough to read an excerpt; Emma has a lovely and witty writing style, and I’m looking forward to the release of this novel!
And now… The cover reveal! 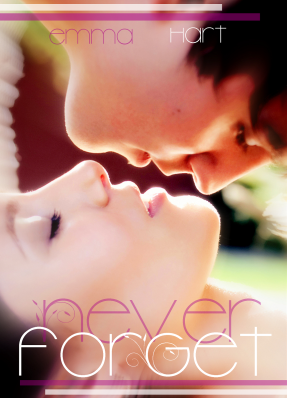 Synopsis:
A city girl.
A small town boy.
A summer they’ll never forget.
Spending the summer at her Grammy’s in Lilac Bay, Devon, is city girl Alexis ‘Lexy’ Edwards idea of hell. That is, until she reconnects with her childhood friend, Jen, and meets Alec Johnson.
Alec is the kind of guy Lexy knows she needs to stay away from. He’s the village flirt, ridiculously hot and very dangerous to her self control. But there’s a problem: she can’t seem to keep him out, even though she knows he’ll break her heart.
As Alec slowly strips away Lexy’s defences and the two embark on a summer romance she never wanted, their feelings grow to more than either expected. But nothing lasts forever, and reality intrudes.
As her world is shaken to its core, Lexy’s self made prediction comes true when she discovers she’s spent six weeks surrounded by secrets. Kept out by her family and the only guy she’s ever trusted, she falls apart.
And when Grammy tells her that ‘you might not end up where you wanted to be, but you’ll always end up where you’re meant to be,’ she has to figure out if her meant to be is back home in London, or if it’s been in Devon the whole time.
Add to Goodreads: http://www.goodreads.com/book/show/17159643-never-forget 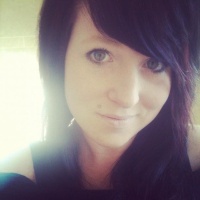 Author Bio: By day, Emma Hart dons a cape and calls herself Super Mum to a terrible two year old. By night, she drops the cape, pours a glass of wine and writes books. She likes to write about magic, kisses and whatever else she can fit into the story. Sarcastic, witty characters are a must. As are hot guys. She has two new series planned as well as her New Adult Romance, Never Forget, due February 2013. She likes to be busy – unless busy involves doing the dishes. Her debut YA series, The Mauve Legacy, is an Apple iBooks Bestseller – and this makes Emma excited.
Where to stalk:
Smashwords Profile Page