When I was a little girl, a local news reporter asked me what I wanted to be when I grew up as part of our school’s career day. I told her I wanted to be a nurse so I could help people. I honestly don’t remember ever wanting to be a nurse, but it warms my heart to think even at such a young age, I had a dream, and I wasn’t afraid to admit it.

In high school, despite my poor science grades, I fell in love with physics and astronomy and all things space, so I decided I wanted to become an astronaut. I worked my tail off in school to make that dream a possibility. Then in college while majoring in physics, my dream changed, and I decided I wanted to become a physics teacher instead, so I could teach and inspire kids about science the same way I was once inspired.

After I was married, and after a short stint teaching high school, I started to have a new dream…to homeschool my children. So I studied and learned all I could about homeschooling, and I stayed home with my kids for the next decade fulfilling my dream of being their teacher. Then one day, after reading a book about sparkly vampires and a small nondescript town in the northwest, I had a new dream—one that had snuck up on me without even realizing it. I wanted to be a writer.

It didn’t matter that I had never written anything before in my life. I wanted to give it a shot anyhow. So after googling “How to write a novel,” I did just that. Then I wrote another book. And another. I started attending conferences, found a critique group, studied books on writing craft, learned from feedback, and kept on writing.

I’ve written ten books to date (almost done with #11!), living the dream that took me by surprise so many years ago. Sometimes I feel out of place or guilty surrounded by friends who’ve always wanted to be writers when writing wasn’t even on my radar for most of my life. But it’s taught me a lot about my dreams:

And the best thing about living my dream as a writer? I can be a teacher, I can inspire kids, and I can help people, all through the words I write. I can even travel to space anytime I want, exploring the unknown and creating entire worlds. I get to live ALL my dreams with what I do, and that’s something I’m grateful for every day. 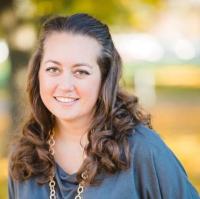 Ilima Todd was born and raised on the north shore of Oahu and currently resides in the Rocky Mountains. She never wanted to be a writer even though she loves books and reading. She earned a degree in physics instead. But the characters in her head refused to be ignored, and now she spends her time writing science fiction for teens. Ilima is the author of the REMAKE series (Simon Pulse/Shadow Mountain) and is represented by Lane Heymont of The Seymour Agency. When she is not writing, Ilima loves to spend time with her husband and four children.

2 thoughts on “On Dreams”