Learning to implement a crucible in your story is one of the greatest tools a writer has in her toolbox, but many writers don’t even know what a crucible is. I’m here to help! A crucible is a container in which different ingredients are melded in white-hot heat, and in writing, a crucible refers to the container that traps characters together as things heat up. It can be a closed environment (think of the arena in THE HUNGER GAMES or the trope of people stuck together in an elevator), but it doesn’t have to be a physical locale. The most interesting crucibles often go deeper than that. Family is a crucible. You can’t escape those you’re tied to by blood. Marriage is a crucible. Till death do us part. Love is a crucible. You can’t just snap your fingers and fall out of love. True love triangles, where each person cares about both other people, are crucibles.

Master editor Sol Stein says, “The key to a crucible is that the motivation of the characters to continue opposing each other is greater than their motivation to run away. Or they can’t run away because they are in a prison cell, a lifeboat, an army, or a family.” Now you can see why Arthur Miller’s play about the Salem Witch Trials in extremely religious Puritan New England was named THE CRUCIBLE.

Think about Harry Potter and Lord Voldemort. What force holds them together until the end and makes it impossible for them to declare a truce or quit? There is more than one answer, and that makes the duo an especially powerful crucible. First we have the prophecy: neither can live while the other survives. You can’t outrun fate. Then we have Harry the Horcrux. Harry can’t escape Voldy if he’s the living vessel for 1/7 of the Dark Lord’s soul. And finally Harry identifies with Voldemort. He would have done well in Slytherin, he speaks Parseltongue, and he has deep-rooted anger issues. Harry never gives up on opposing Voldemort and battling his own dark tendencies. He literally dies, then is resurrected in that fight. An awesome example of a crucible!

Now think of the story you’re writing. Not every situation has a crucible, but could it? How would adding one throw oil on the fire of your tension?

Here are some questions to consider for your scenes and/or your whole book:

One last quote from Sol Stein to recap his earlier statement: “Remember that the essence of a crucible is that the characters are drawn more to the crucible than escaping from it.”

I encourage you to give this topic deep thought. Find the right crucible for your story, and you’ll find the path to a page-turning plot! 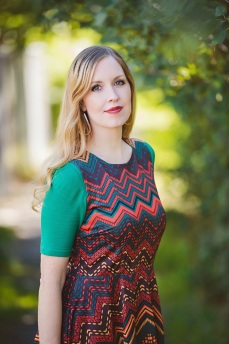 Kathryn Purdie is the author of the YA fantasy, BURNING GLASS (Katherine Tegen Books/HarperCollins) and its forthcoming sequel, CRYSTAL BLADE. She lives near Salt Lake City, Utah, with her husband and three children. Kathryn is a trained classical actress who studied at the Oxford School of Drama and was inspired to write her debut trilogy while recovering from donating a kidney to her older brother. Find her online at kathrynpurdie.com.