Happy December! This week, we’re each spotlighting five of our favorite reads from the genre/age group we write for. For me, this meant picking five favorites from the eighty-one middle grade and chapter books I’ve read so far in 2014. (Not all of these books came out in 2014, but I read them all for the first time this year.) In the end, I was able to narrow it down to ten, so I decided to spotlight five here and five on my blog. So without further ado, here are five of my favorite middle grade and chapter books of 2014!

Kevin has a bad attitude. He’s the one who laughs when you trip and fall. In fact, he may have been the one who tripped you in the first place. He has a real knack for rubbing people the wrong way–and he’s even figured out a secret way to do it with poems. But what happens when the tables are turned and he is the one getting picked on? Rhyme Schemer is a touching and hilarious middle-grade novel in verse about one seventh grader’s journey from bully-er to bully-ee, as he learns about friendship, family, and the influence that words can have on people’s lives.

Not only am I crazy about this book, but my son and daughter and their classmates are crazy about it as well. It is totally engaging and visually fascinating, and the characters and construction of the whole story are just awesome. I’m a fan of any story that invites kids to celebrate poetry and learn empathy, especially when the author is as talented as K.A. Holt.

Dear Jamshed,America is not so different from what we thought. I told you I wouldn’t see a single cowboy riding across the plain, and I haven’t.I have not even seen a plain.Still, there are some silver linings. They are:1.) Trapper and King, the cat and dog who live in the apartment building. They are cuddly and waggy. I am not allowed to play with them, though, becayse they are supposed to catch mice and keep burglars away.2.) Ironman. He owns a pig and talks to me a lot. But he is a grown-up.3.) Kids. I can hear them playing outside. Too bad they do not want to play with me.I wish you were here.Do you wish I was in India? Write back soon.Your friend,Lowji

This sweet, funny chapter book was not only one of my favorites, but one of my seven-year-old’s favorites as well. Lowji is such an endearing character with such a unique perspective, and between the cast of kids, adults, and animals, there’s plenty of humor and excitement to keep young readers turning the pages.

I Am Malala: How One Girl Stood Up for Education and Changed the World by Malala Yousafeh

I Am Malala. This is my story.
Malala Yousafzai was only ten years old when the Taliban took control of her region. They said music was a crime. They said women weren’t allowed to go to the market. They said girls couldn’t go to school.

Raised in a once-peaceful area of Pakistan transformed by terrorism, Malala was taught to stand up for what she believes. So she fought for her right to be educated. And on October 9, 2012, she nearly lost her life for the cause: She was shot point-blank while riding the bus on her way home from school.
No one expected her to survive.

This is the young readers edition of Malala Yousafzai’s memoir. At seventeen, she’s the youngest person ever to win the Nobel Peace Prize, and I finished reading this just days before that announcement was made. I remember seeing it at the bookstore and thinking, “This is such an important book for young girls to read. And such an important book for young boys to read.” A great nonfiction choice for showing kids how much good they can do in the world–and how much that’s needed right now.

The Scandalous Sisterhood of Prickwillow Place by Julie Berry

There’s a murderer on the loose—but that doesn’t stop the girls of St. Etheldreda’s from attempting to hide the death of their headmistress in this rollicking farce.The students of St. Etheldreda’s School for Girls face a bothersome dilemma. Their irascible headmistress, Mrs. Plackett, and her surly brother, Mr. Godding, have been most inconveniently poisoned at Sunday dinner. Now the school will almost certainly be closed and the girls sent home—unless these seven very proper young ladies can hide the murders and convince their neighbors that nothing is wrong.

This book is funny and suspenseful and all kinds of clever. There are seven girls here, and each is so well-drawn and distinct that they feel absolutely authentic. I had such a great time reading this book, and don’t doubt that slightly older middle grade readers who are ready for a good mystery would absolutely devour it. Julie Berry is so fabulous at so many things, and this book is definitely another bright and brilliant feather in her cap. 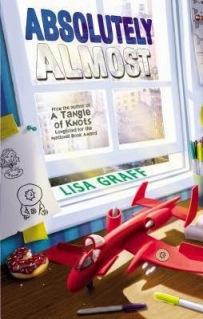 This book received so many accolades–four starred reviews, multiple best-books-of-the-year lists–and deservedly so. I love books where the main characters are dealing with difficult things, and the adults in their lives, though imperfect, are there for them and helping them. Albie is the kind of kid young readers will root for and remember, the kind of character who might make a difference in their lives. And that’s a great thing.


What books did I miss in 2014 that I need to catch in 2015? (There were a lot of them!) What were your favorites–middle grade, chapter books, or otherwise? Click here to see my other five favorites… 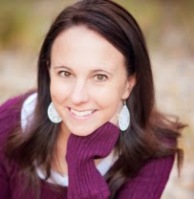 Elaine Vickers writes middle grade and chapter books when she’s not teaching college chemistry or hanging out with her fabulous family. She’s a member of SCBWI and represented by Ammi-Joan Paquette of EMLA. You can find her at elainevickers.com on the web, @ElaineBVickers on Twitter, or generally anywhere there’s food and/or books for her consumption. 🙂